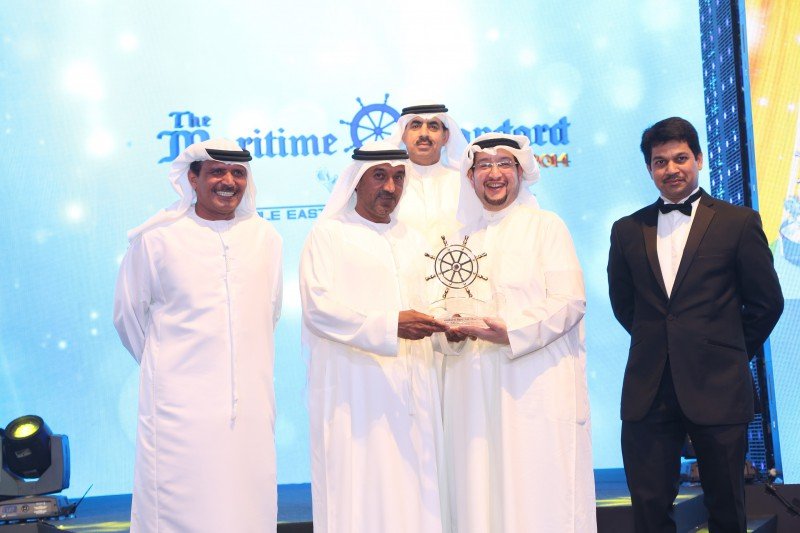 The Maritime Standard Awards, held under the patronage of His Highness Sheikh Ahmed bin Saeed Al Maktoum took place on Thursday 6th November at the iconic Atlantis Ballroom, on The Palm with PR guru, journalist and writer Alistair Campbell as master of ceremonies. The Awards drew an audience of around 600 guests from the global shipping industry to witness an event that celebrated the achievements of individuals and companies active in the maritime sector in the Middle East and Indian Subcontinent.

Centre stage was His Highness, Sheikh Ahmed Bin Saeed Al Maktoum, who received The Maritime Standard Special Maritime Visionary Award in recognition of his exceptional foresight in supporting and revitalizing the UAE’s maritime sector in his role as chairman of Dubai World. The Maritime Standard Awards founder and managing director, Trevor Pereira, said: “His Highness’ vision has helped transform the UAE’s maritime industry and has created the foundations on which this sector can grow and prosper in years to come.” These words were echoed by HE Khamis Juma Buamim, chairman of Drydock World Dubai, who observed, “His Highness’ contribution has been truly inspirational. I am delighted that The Maritime Standard was able to acknowledge this through the special award.” Sheikh Ahmed Bin Saeed Al Maktoum was not the only distinguished guest that went home with a special award on the night. H.E. Shaikh Dr. Sabah Al Ali Al Sabah was presented with the Maritime Standard Hall of Fame Award in recognition of his role in rebuilding the Kuwaiti ports Industry and his chairmanship of the Arab Seaports Federation, while HE Sheikh Ali Bin Jassim Al Thani won the Maritime Standard Lifetime Achievement Award for his contribution in making the Qatari shipping company, Milaha, a powerful force within the industry.

In addition H.E. Salem Al Zaabi was a deserved winner of the Maritime Excellence Award, reflecting his contribution as Director General of UAE’s National Transport Authority. Three other awards were selected by The Maritime Standard team. Rashed Al Hebsi, chief executive officer of the Emirates Classification Society, Tasneef, was named Personality of the year; Alice Vaidyan was the recipient of the Woman inShipping award for her work at India’s GIC Insurance; and Tarek Al-Junaidi. CEO of Oman Shipping Company, secured the Young Person in Shipping Award. In addition 16 awards were selected by a high profile panel of judges. Trevor Pereira said, “The evening was a great success. To have his Highness in attendance was not only a vindication of the value of these awards, but is testament to the importance of the shipping and maritime industry generally to the region.”