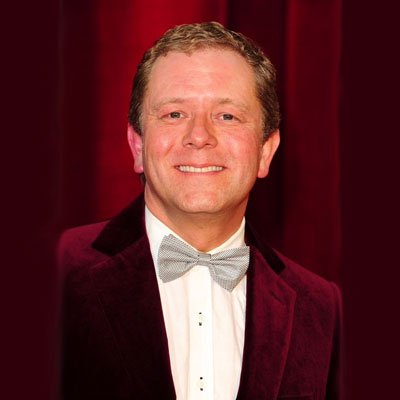 24th September 2019, Dubai, UAE: This year’s The Maritime Standard Awards will have top impressionist, comedian, actor, presenter and astronomy enthusiast, Jon Culshaw, as Master of Ceremonies. The Awards, which take place at Atlantis The Palm, Dubai on Monday October 21st, have established a global reputation as one of the most prestigious and glittering occasions in maritime industry calendar.

Trevor Pereira, managing director of TMS, says, “We are delighted to have Jon onboard as our compere for 2019. He is one of the most talented individuals in entertainment today and will prove to be an amusing, entertaining and top-quality host for the evening’s proceedings.”

Jon Culshaw is regarded by many as Britain’s best impressionist with a catalogue of over 350 voices and impersonations, including Boris Johnson, Donald Trump and Barack Obama. Jon first made international headlines in 1998 by calling the switchboard of No. 10 Downing Street and fooling the operators with his impression of William Hague. He was put directly through to Prime Minister Tony Blair.

His many TV appearances include Spitting Image, The Impressionable Jon Culshaw, animated topical sketch show, Newzoids, panel show, The Imitation Game, as well as the Royal Variety Performance. Jon is also one of the leading cast members of the long-running BBC2 and BBC Radio 4 comedy, Dead Ringers.

A lifelong astronomy enthusiast, Jon was a part of the team on the world’s longest running programme, The Sky at Night, first appearing with Sir Patrick Moore on the show’s 50th anniversary.

The Maritime Standard (TMS) Awards has earned the right to be referred to as the region’s premiere shipping and maritime awards event. All of the TMS Awards held to date have received the patronage of His Highness Sheikh Ahmed bin Saeed Al Maktoum and have each been attended by over 700 of the region’s shipping industry elite, including chairmen, chief executives and directors from leading shipping companies, ports, terminal operators and maritime companies and organisations.

More information about The Maritime Standard Awards, and how to book a table to attend this prestigious event, can be found by going to www.tmsawards.com