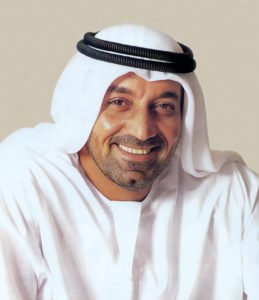 The Maritime Standard (TMS) is delighted to confirm that the fourth annual TMS Awards, which will be held in Dubai on 23rd October 2017, are to take place under the patronage of His Highness Sheikh Ahmed bin Saeed Al Maktoum, President, Dubai Civil Aviation Authority and Chairman and Chief Executive, Emirates Airline and Group. This is the fourth year in succession that H.H. Sheikh Ahmed, one of the leading business leaders in the region, has honoured the TMS Awards by bestowing his patronage on the event.

For more than 25 years His Highness has been at the forefront of Dubai’s economic development, spearheading the successful expansion of the aviation sector and, more recently, formulating economic, investment and fiscal policies and strategies in support of the emirate’s long term vision. He also chairs the important Executive Authority for Expo 2020.

Securing the patronage of such a universally respected business leader raises the profile not just of the Awards, but the region’s maritime and offshore industry generally. TMS managing director, Trevor Pereira, says, “We are truly humbled that His Highness has agreed to extend his patronage to the TMS Awards 2017 once again. It shows the importance that the UAE attaches to the maritime industry that such an influential and prominent business leader is fully supporting this event which rewards achievement and excellence. The industry as a whole is genuinely grateful for the continued support and encouragement of His Highness through his royal patronage.”

The Maritime Standard Awards 2017 take place at Atlantis, The Palm, Dubai, on Monday 23rd October. The names of those shortlisted for an Award were announced on September 24th and can be found on the website link: https://tmsawards.com/awards/2017-finalists/. As well as the winners of the various award categories chosen by an elite, and highly experienced independent judging panel, there will once again be a few, very special awards presented by The Maritime Standard team for outstanding individual contributions. In total around 29 awards will be presented on the night.

The volume of nominations received this year for the Awards was an all-time high. This reflects the growing status of The Maritime Standard Awards as the premier event of its type in the region, which has earned it a high profile and widespread popularity.

That high profile status is also reflected in the fact that Lara Dutta, former Miss Universe and top Bollywood film star, will be master of ceremonies for the TMS Awards 2017. “We are delighted that Lara has accepted the invitation to compere the Awards. Her presence will added an extra touch of glitz and glamour to this year’s proceedings,” adds Trevor Pereira.

For more information about the Awards and how to book a table to attend, please go to https://tmsawards.com/book-now